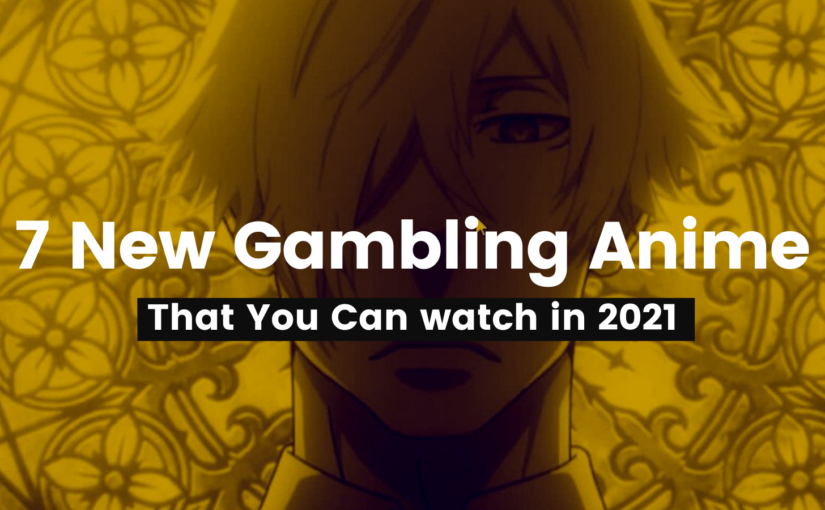 Anime does have a very broad theme, starting from a simple slice of life genre anime that tells about everyday life to a tense psychological thriller anime that focuses on the psychological. However, have you ever watched a new gambling anime?.

Well, Kakegurui is known as one of the best gambling anime ever, here are five anime about gambling that are just as exciting as Kakegurui. Curious about the anime? Check out these reviews.

Kaiji Itou is deeply in debt after he was conned by a former co-worker. Unable to pay off his friend’s huge debt, Kaiji is eventually forced to participate in illegal underground gambling on a cruise ship.

Now, Kaiji is not only playing to pay off his friend’s debt, he is also playing to save his own life. Because if Kaiji loses, he can lose his life in the game.

2. Akagi (The Legend of Mahjong)

Nangou is a gambler who now has a debt of 3 million yen (Rp 400 million). In his last attempt to pay off all his debts, Nangou risks his life playing mahjong with the mobsters.

However, as the game progresses, Nangou gets closer to his death. Desperate, Nangou also handed over the game to Akagi, a young man who was being wanted by the police.

Unexpectedly, Akagi won the game and they soon realized that Akagi was born to be a professional gambler.

In 1947, the people of Shinjuku experienced an economic crisis. Many people cannot afford to buy food and daily necessities. Therefore, many people gamble to survive.

This anime focuses on Tetsuya Asada who spends most of his time playing mahjong. One day, he meets Boshu, a person who is more skilled at playing mahjong than Tetsuya.

Toua Tokuchi is a professional baseball pitcher as well as someone who is obsessed with gambling. One day, Kojima Hiromichi offers Toua to play in his old team, the Saikyou Saitama Lycaons.

However, the owner of the Saikyou Saitama Lycaons, Tsuneo Saikawa, doubts that Toua will give his team an advantage.

An original anime made by studio Madhouse, Death Parade is set in Quindecim, a place to be visited after someone dies.

There, they will meet Decim, the person who will give the game to determine their fate. While the winner will be reincarnated, whoever loses will be trapped in the void for good.

The story takes place in the “Howard Resort Hotel” where people from all over the world gather to achieve wealth. Rio is the sexiest dealer in the entire Casino and is known as the “Goddess of Victory.”

The person who can collect 13 gate cards from him will be awarded the title of most valuable casino dealer. Therefore, the game between the gamblers begins when they try to win this gate card.

In order to stop an enemy that can’t be killed, you need some people whose lives no longer have meaning, to be sacrificed at any time. This is the beginning of the character Rune Balot being  reborn as a Cyborg.

Now as a female cyborg, she has only one reason, and that is to track down and stop this powerful foe. Judging from the synopsis, Mardock Scramble doesn’t look like a gambling anime at all.

However, make no mistake, here mind gambling plays a key role. So many lives are at stake, because of the cunning villain who continues to use his tricks. The series is more of a sci-fi action anime with some mind games in it. The best choice to gamble only at bandarqq and see for yourself.

Those are the five new gambling anime that are also exciting like Kakegurui. So, which anime have you watched?.